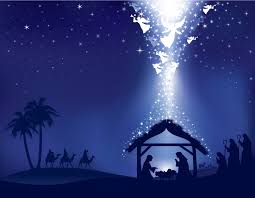 It us often that Christmas is a time of family and joy. But those two don’t always go together. The reality of families is that you don’t choose them. As such you cannot always choose joy. So the family gatherings at Christmas, which for many brings joy may for others bring pain and sadness. Some may be secretly dreading Christmas. Some might be a reminded that you do not have the money that you might need to celebrate as you would wish. For others it may be a reminder that the family is not as happy and as sorted as you might like to imagine during the year when you are not together. The reality of some illness or some death through the year might come home particularly as the family come together.

As a result this time brings two emotions which we don’t often associate with this time of year that is sadness and guilt. Sadness as we might realise that something that you have hoped for through the year has not come to fruition. Together with sadness might come guilt. Because the painful situations which families coming together can remind us off are rarely things where blame cannot be apportioned.

May be this Christmas, the family might leave you feeling hopeless about and unable to act in the face of problems in your life. The desire for things to be change might be desire tinged with guilt. Perhaps you imagine that these things will not be put right because you do not deserve it.

Mary’s song surprisingly speaks not primarily of Jesus but of God the Father and his actions. The song draws our attention to action of God in sending Jesus which then draws us to two attributes of God which addresses our sadness and our guilt.

The Might of God
We see the might, the strength see how God is described in v. 48b-49:

…From now on all generations will call me blessed, [49] for the Mighty One has done great things for me—holy is his name.

And then in 51 see how his actions are described:

[51] He has performed mighty deeds with his arm;

God is mighty, he is strong he is powerful.

The Mercy of God

“My soul glorifies the Lord [47] and my spirit rejoices in God my Saviour,

God is merciful in considering Mary, who is just a lowly woman,

[48] for he has been mindful of the humble state of his servant.

Secondly God’s mercy is shown to all who fear him:

[50] His mercy extends to those who fear him, from generation to generation.

The mercy of God is available to all. It is not by default given to all. But the offer is for anyone who fears him.
Whoever you are this morning if you fear the Lord then you will receive his mercy. And then thirdly the mercy is shown to Israel:

[54] He has helped his servant Israel, remembering to be merciful [55] to Abraham and his descendants forever, even as he said to our fathers.”

The promise that God made to Abraham that Israel would be a great nation will come to fulfilment in the God’s mercy is shown to his people. The event of Jesus’ birth is an event of God’s Mercy.

The connection between the two attributes if God is key:

[49] for the Mighty One has done great things for me— holy is his name. [50] His mercy extends to those who fear him, from generation to generation. [51] He has performed mighty deeds with his arm; he has scattered those who are proud in their inmost thoughts.

God’s might which comes in vv. 49 and 51 surrounds God’s mercy. God is a mighty and powerful God, he can do what he wishes. Yet what he wishes is to bring mercy. We often think mercy that is kindness to those who do not deserve is a weak thing. Villains on TV or in films are considered weak when they show mercy. We imagine that although mercy is a good thing it will be over powered by evil or unkindness. But no says Mary, Mary proclaims a God who is both mighty and merciful, in God might and mercy come together. So we can say that God’s mercy is guaranteed because it is backed up by God’s might.

What does the first Christmas, the coming of Jesus, the coming together of God’s might and mercy mean for those who may fear this Christmas because of sadness or guilt? For those facing almost insurmountable sadness or challenges, isn’t it encouraging to remember that you do not face this time with a weak God but a mighty one? Perhaps the situation you face in your family or in your life looks as if it will overtake you and defeat you. Well the mighty God will work. Perhaps for you this year the battle against sin has begun to feel impossible, you feel you cannot fight another year. Well you can if you realise that the act of God sending his Son was an act of his power and might. The coming of a baby at Christmas was no weak thing it was a mark of God’s might. The baby at Christmas is a demonstration that the mighty God is at work. Nothing is beyond God’s power, God is not weak struggling to bless his children. God is mighty we know that as his Son Jesus came as king into the world. Those situation where we imagine that hope is lost, it is not because we have a mighty God who has given his Son.

The coming of Jesus is a reminder that we have a mighty God who can work even in the pain of our lives. Who helps all those who fear him. But he is not just God’s might that we have seen but his mercy. His kindness to those who do not deserve it. Therefore Christmas is a pointer not just that God can change things because of his might but that he may change things even if it is a result of our failure. See our failure does not mean that God will refuse to use his might since God is a God of mercy. God’s might is used to show mercy.